Skip to content
30Oct 2016 by Martin Green No Comments

Isn’t it interesting how creative many microbrands are regarding design? Look at brands like CJR, Pheidippides or SAStek; they really reset the boundaries for affordable watches. Another brand that does that is Manyears, with the Motion. 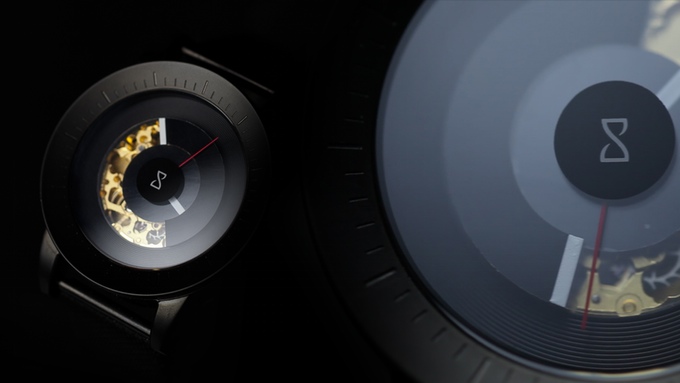 Based in Mannheim, Germany, they applied a refreshing look to the design of this watch. They worked with different discs to indicate the time. This by itself is not something new, since other brands had done it before, but not the way Manyears did it with the Motion. With the hour hand occupying the center disc, a red seconds hand floating above it, the minute hand is actually placed on half a disc. This means that it moves continuously around, revealing half of the movement below.

Exciting is that this movement is Miyota’s 8N24, an automatic movement that is partially skeletonized. Because the view that you have on this movement is constantly changing, it is very cool to watch. In fact, it makes you even look more at your watch then you normally would, not to check the time, but simply to admire the design and the part of the movement that is exposed. 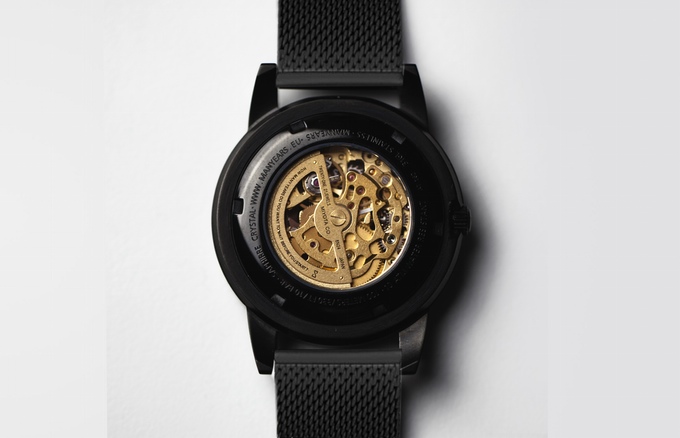 That movement can be enjoyed in full from the back of the watch since the case is equipped with a glass back. One thing design watches usually are not a fan of are water. Usually, the design of such a watch trumps everything, including practical matters like this.  With the motion that is different since Manyears fitted the watch with a screw back, which greatly helps to achieve the 100-meter water resistance. 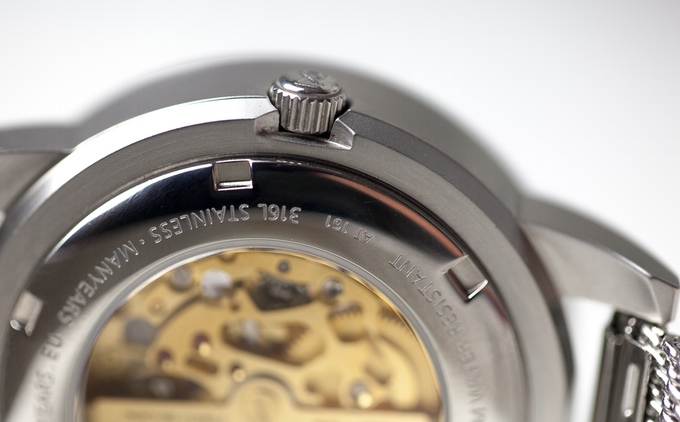 The 42mm case has a very clean design with a slight slope bezel toward the sapphire crystal. The bezel is also engraved with a scale featuring minute and hour markers, so reading the time is quite a breeze. Even at night because the “hands” feature luminova, so they are clearly visible under low, or even no, light conditions. A crown would really be an eyesore on this model, and fortunately did Manyears thought the same and placed it tucked inside the case. 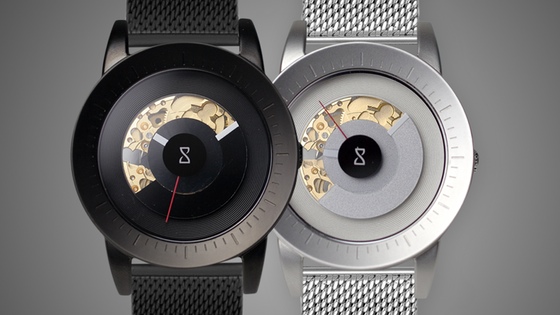 As usual with a Kickstarter campaign is the Motion available with a variety of different straps, but also with a black or silver case, each with a matching set of discs. Manyears also let you mix the discs around a bit if you want more contrast. Black is of course always a good choice, but I was quite taken by the silver case, with the matching gray disc’s to display the time. It gives the watch a very clean and almost industrial look, which suits it.

Now the price is the crazy part because although the campaign is already more than 232% funded at the time of writing, you can still get a Motion for 159 euros. That would be a good price for a design watch like this when fitted with a quartz movement (as they usually are) but for an automatic watch it is nothing less than a bargain, and what a good looking one!

You can find more information about the Manyears Motion on Kickstarter