After the success of the Velocita CJR is launching a new watch today, the Airspeed. The best news; we at Watchisthis?! Magazine had two prototypes in the house for a review.

Where the Velocita was far more a futuristic vision that could tell time, the Airspeed digs down into the history of aviation, with its design inspired by cockpit instruments. Can we call it retro? Yes, but CJR went a long way to ensure that you are not just wearing a replica of an old aircraft clock around your wrist,  but try to keep it as original as possible. 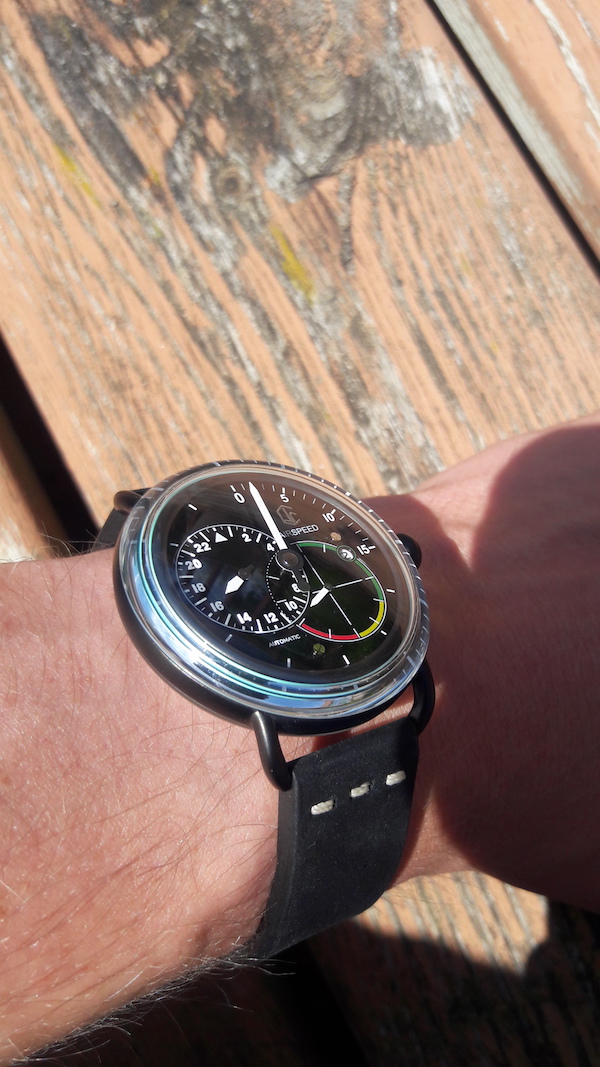 First of all, the Airspeed is actually a regulator, with minutes in the center, a large subdial at nine o’clock for the hours, and a slightly smaller sub dial between three and six o’clock for the running seconds. Although this might not be particularly handy for a pilot, it looks really cool and CJR never  intended this to be a hard-core pilot watch anyway. The sub dial for the hours is actually not your regular 12 hour dial, but shows all 24 hours, with the traditional triangle marking the midnight spot. 24 hour dials take some getting used to, but when you do they are very handy, especially when traveling internationally, or of course when you are in a casino. 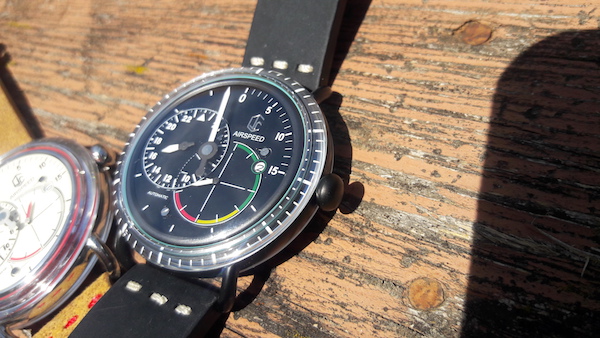 Subtle detail off the dial is actually that you can see through it. When you look carefully at the running seconds sub dial, you can see that there is in fact a small rim surrounding it. When you look closer you see that it is not a rim, but a very small opening in the dial, through which you can see the metal of the movement. Overall the dial is very legible, especially the black pvd-version, but we wish that the hour and seconds hand where just a little bit longer. However, this is technically not possible, because then they would run into the axle of the minute hand. 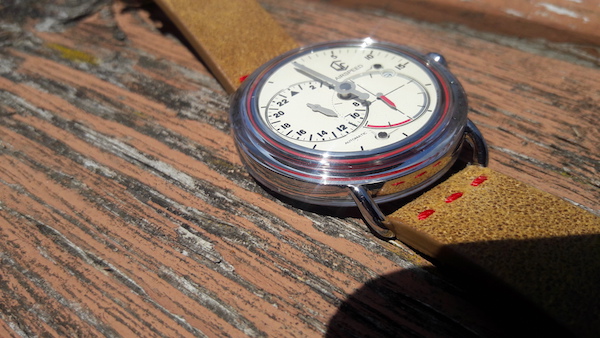 The case is also quite different, and has very little metal to it. Only the middle section is actually metal, and the rest are two hesalite crystals. They not only give the watch a vintage look, but also a very unique look that actually wears slightly smaller than the 43mm diameter would make you think. To accentuate the unique case of the watch CJR placed a colored the inner ring. It looks quite fluorescent, red in the tan colored Airspeed and blue in the black PVD one. It actually reminds me of the neon-lights in old fashioned jukeboxes. 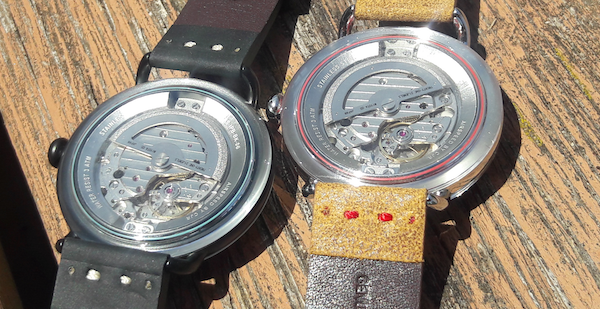 The backside shows the automatic Miyota movement that CJR modified for the Airspeed. Since you cannot hide anything with such an open case construction, CJR did the right thing and fitted the Airspeed with a metal movement holder that is at an angle, taking even more advantage of the unique looks of the case. 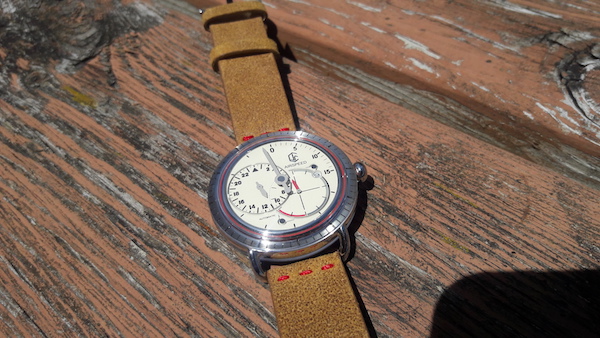 Just like the Velocita will CJR also launch the Airspeed on Kickstarter. There have been many great watches on Kickstarter lately, but they usually all have one common flaw: they combine a well made watch with a mediocre strap. This does of course make sense, because it keeps the price down, while not affecting the overall quality of the watch. I was very surprised to find very supple Italian made straps on the prototypes. I actually go in touch with the people at CJR to check and see if they just wanted to please me into giving a favorable review, or that these would actually be the straps used for the production model. They confirmed that these straps will indeed be on the production model as well.

One thought on “CJR Launches The Airspeed”