Skip to content
11Jul 2016 by Martin Green No Comments

With their headquarters in Fort Lauderdale, Florida, it was bound to happen: Stranger Watches just introduced their first collection of diving watches on Kickstarter! They immediately went for the top dog position with their Ocean Predator Diver Collection, which consists of four models. 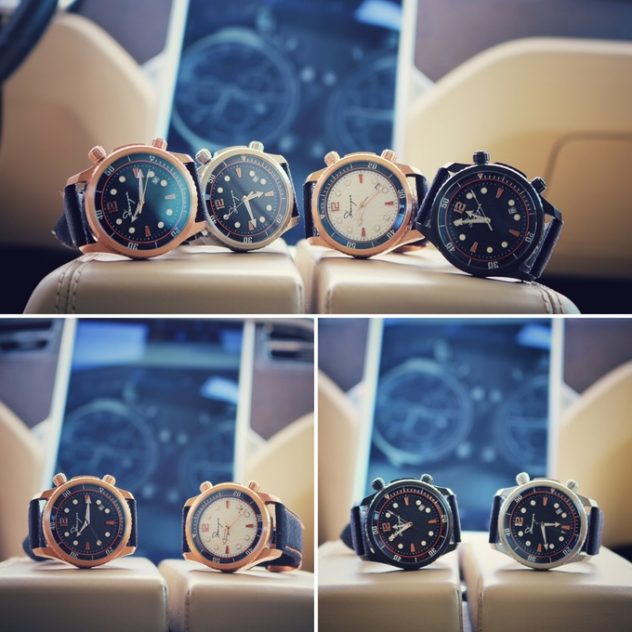 The four different models are all named after the ocean’s top predators: Bull Shark, Barracuda, Leopard Seal, and Orca. They share the same hardware, but it’s their looks that makes the difference. Most striking is actually the dial, which has a hammered texture that reminded me actually a lot of shark skin. 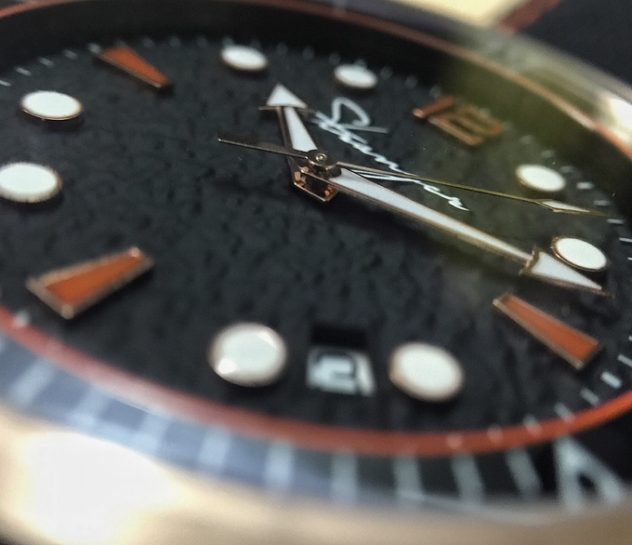 The design of the dial is very balanced: number 12 dominates the top of the dial, with matching orange hour markers at three, six, and nine o’clock. The remaining hour markers are round indexes topped off with Super Luminova for visibility under low light conditions. The hands have gotten the same treatment, and despite the fact that they really stand out against the dial, they have a surprisingly elegant shape. A practical date function is tucked between the four and five o’clock marker. 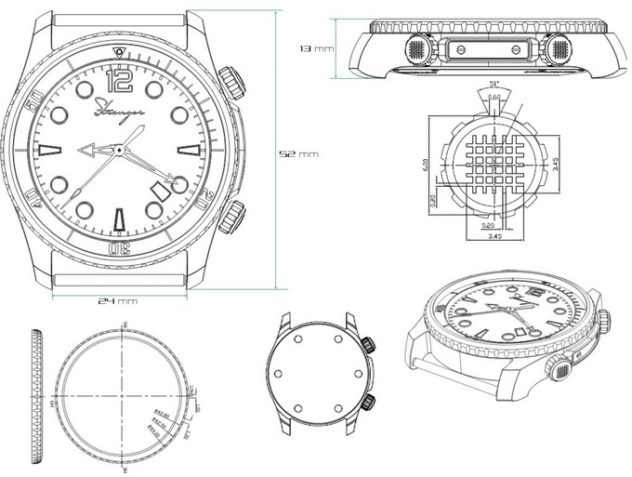 The Ocean Predator Divers all have the same 44mm case, with the finish distinguishing the difference between them.  The Bull Shark features a brushed stainless steel case, the Barracada has the same case, but rose gold coated, while the Orca has a black coated case. The Leopard Seal stands out a bit because that one combines the rose gold coated case with a white dial. A great combination, and although I understand that as a producer you want to keep the amount of variations down (because in general, the more variations, the higher the cost, and the higher the price customers need to pay) but I would have loved to see that white dial also available in the stainless steel case and the black coated case. Maybe we can still convince them of this by popular demand?

Of course no divers watch is complete without a diving bezel. With the Ocean Predator Diver this bezel is located under the sapphire crystal and can be moved by using the top screw down crown. The lower screw down crown is to wind and set the movement. Both are positioned very close to the lugs of the watch. A clever move because this allows for more moving freedom of your wrist, something you particularly appreciate when (scuba) diving. 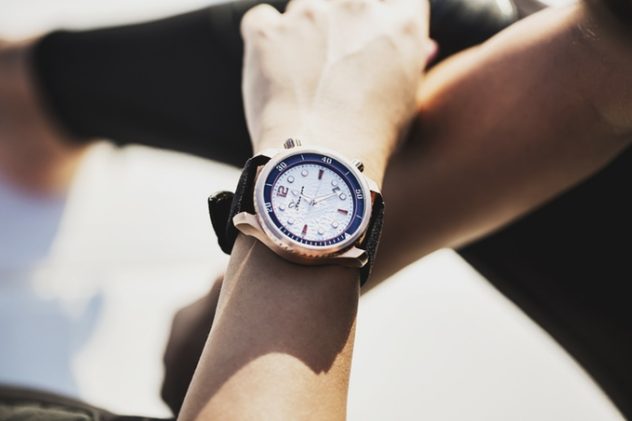 The Ocean Predator collection is powered by one of my favorite automatic movements; Seiko NH35. It is a robust yet precise movement, featuring bi-directional winding, but what is even more important: you can also wind it by hand, and the movement hacks. These might seem like details, but they make the watch just that bit more refined. 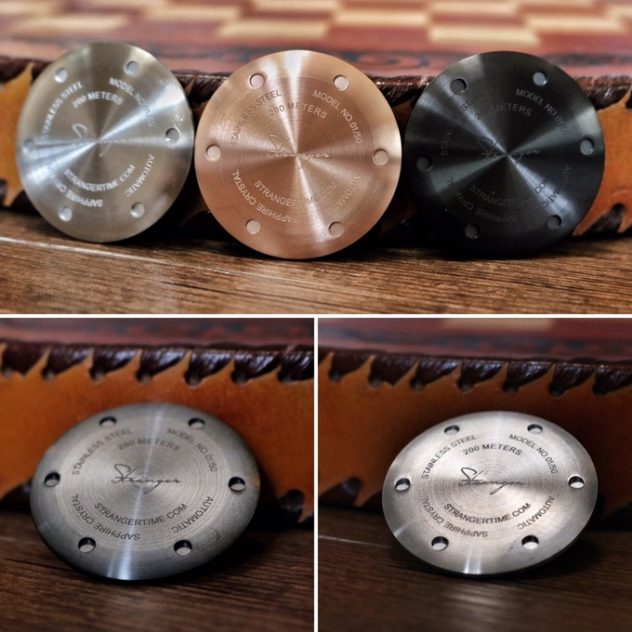 Refined is also the solid screw in caseback. Some might be disappointed that there is no display back, but I gladly trade that in for the 200 meters water resistance and less risk of leakage. It also makes the watch look more robust, although with an overall height of 13mm it is still slender enough to fit under the cuff of your shirt. 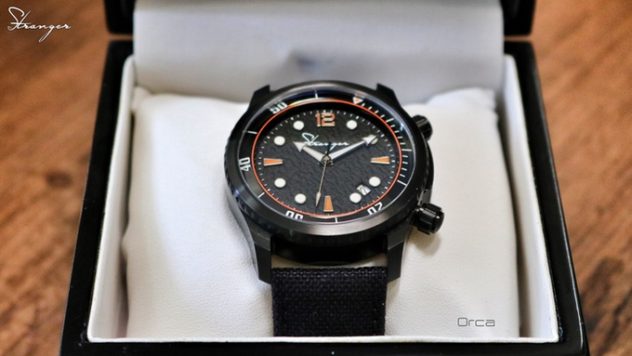 That also makes it by the way a very versatile watch: robust enough to accompany you scuba diving during the day, and stylish enough to hit Miami Beach during the night. You will also have plenty of spending money left, because depending on your choice of model, an Ocean Predator Diver will set you back between US$ 329,- and US$ 399,-, and that is even today on Kickstarter a highly competitive price.

Stranger Watches’ Kickstarter campaign of the Ocean Predator Diver can be found here. More information on these watches can also be found on Stanger Watches website.