Skip to content
09May 2017 by Andrei Kluska No Comments

We are witnessing, once again, a micro-brand’s attempt to conquer the horological market using a crowdfunding platform. In this case, the Imperium Watches, a small company from Singapore, is trying the impress with not one but three distinctive collections wearing the name of great empires: The British Empire featuring 4 models, the Persian Empire with three watches and the Roman Empire with four watches.

“Imperium” comes from Latin and means, in a rough translation, the “power to command”, being at first a military concept used as “General” or “ruler of the Army”. Today, this word is used more with the meaning of “empire”, the names of the collections being quite adequate with the brand name. 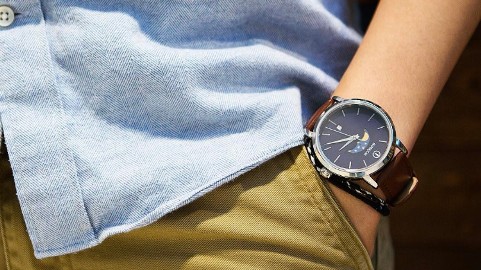 The Imperium British Empire collection has four watches in 40mm diameter polished steel case, with a width of 7.8mm. The first version, Elizabeth – Gold Rush, comes in a gold PVD case with black dial with gold PVD applied indexes and a date at 3 o’clock. The second, George – Ruler’s Light, is a steel case with black dial and silver applied baton indexes. The William watch, King’s Silver, has a white dial with silver indexes and the last one, The Eduard timepiece, Throne’s Shadow, features a black PVD steel case with black dial and dark grey applied indexes. The British collection is very minimalistic, with long indexes and simple pencil hands; it has a slim bezel and sapphire crystal on top. 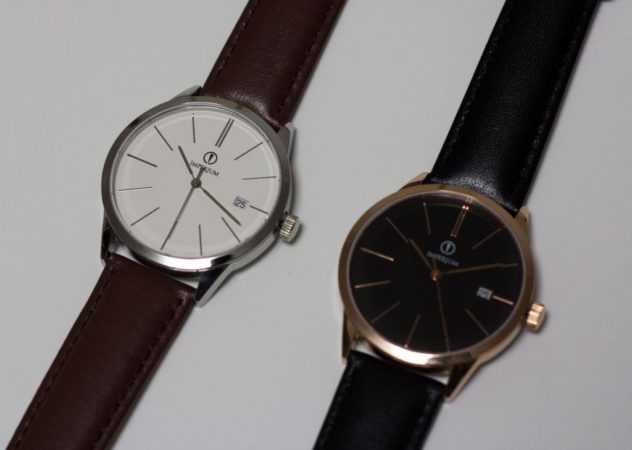 But the most important plus of the British Empire collection is the Swiss Ronda movement 715 with a 60 months battery life. You can simply forget about changing batteries, the watches will always be there, at the right time and prepared to be with you.

The Persian Empire brings, as a plus over the minimalistic British collection, a big phase du lune (moon phase) in the upper part of the dial, occupying a generous surface from the watch’s face. The Persian timepieces also come in a 40mm diameter polished case, but a little thicker – 10mm, only 2.2mm more due to the moon phase of the Swiss Ronda 708 movement.

The dial of this collection has smaller applied indexes, in baton form, a date window at 6 o’clock and three possible colors: white, for the Cyrus, the Elegant White; black for the Darius, the Spartan Black, and lovely blue for the Xerxes – the Midnight Blue.

The third collection of Imperium Watches, the Roman Empire, is a chronograph coming in a bigger case of 44mm and a thickness of 10.5mm, having inside another Swiss beating heart – the Ronda 5030. All the watches from this collection bear the names of important roman emperors: Octavius, the Darkness Within, with silver case and black dial; Julius, the Riches of the Silver, with silver case and white dial; the Tiberius, the Pitch and Tar, with a black case and black dial and the Marcus, the Purity Within, having a black PVD case and white dial. The chronograph features also a Superluminova insertion. 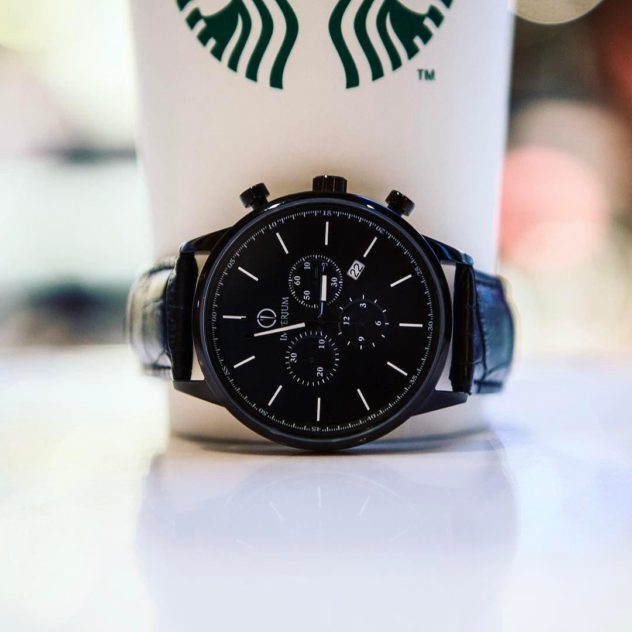 The Imperium watches come with a 10 years warranty, a 6 months NMW warranty (No Matter What unconditional warranty with possibility of replacement). This is a bold and risky move, but shows their determination to please the customers. The watches can be ordered in 3 lengths of full grain leather strap with steel pin buckle, coming in an interesting aluminum case with the brand’s name and logo on top.

The Imperium watches are assembled by hand with a quality control in between, combining quality and affordability in elegant timepieces. Their design is suitable for women and men; the size is just great and fashionable, fitting any look from sporty-casual to black-dress/black-tie elegance.