Skip to content
26Oct 2016 by Martin Green No Comments

Bovarro is not the first to dedicate a watch to the moon. Yet the fact that they drew inspiration from the Apollo 11 moon landing is actually the least interesting part of this watch, or should we say three watches? 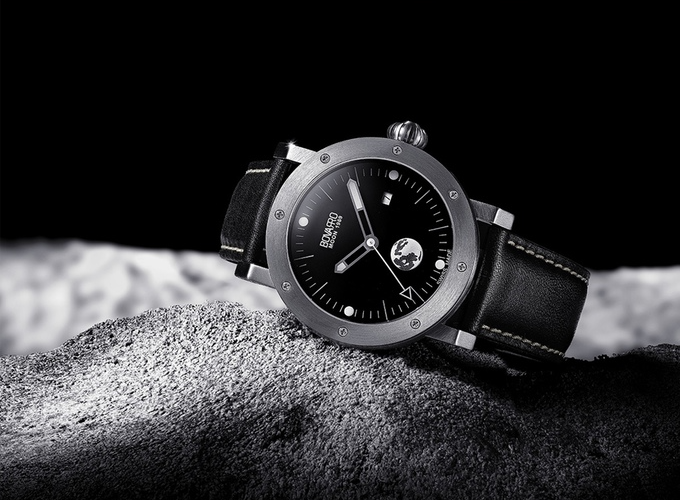 Bovarro offers the Moon 1969, as they named the watch, in three different versions. The Lunar series has an image of the moon at six o’clock. It is filled in with luminova, so quite spectacular to see at night. The dial is further quite traditional, but the second’s hand with the big arrow is a nice detail. Compared to the other models I am not a fan of the date function in this one. It seems a bit lost on the dial and points it out as well with its white background. 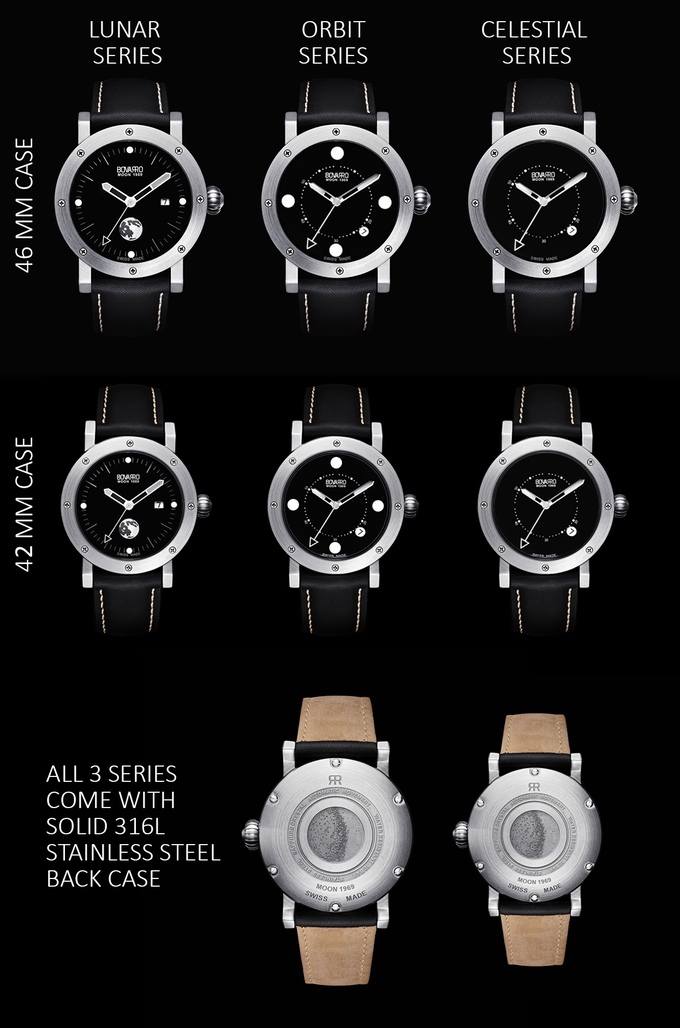 With the Orbit series the date is much more integrated into the overall design, which features four large circles and a minute track of smaller circles. The design really brings you into a “space mood”, just as the nicely designed lugs, which looks like the landing legs of a lunar module.

The Celestial series is the most subdued design. It only features a minute track of smaller dots, with the hours marked with slightly larger dots. Here the date seems to trace the track, almost like the moon orbiting the earth. Unique is that all three versions are offered in either a 42mm or a 46mm case. To make it even more unique, a limited amount of gold cases are also available. Normally I would be very hesitant to buy a gold watch on Kickstarter, but boy, do these look good! 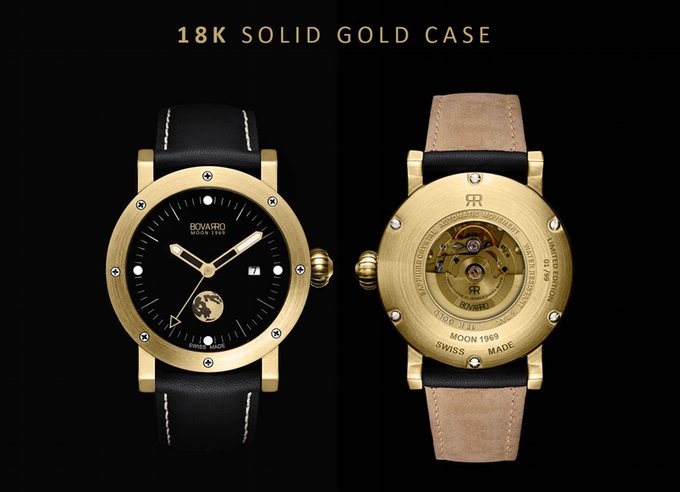 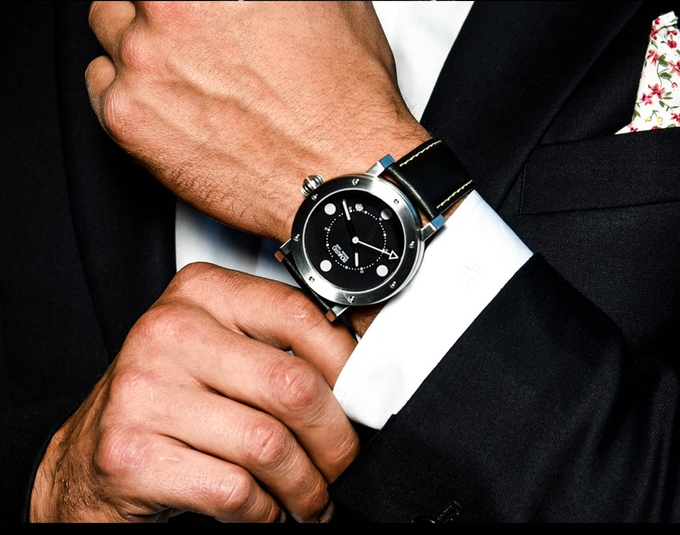 You also have the option to get your Moon 1969 as a limited edition. These are numbered but also show the automatic movement through the glass back. With many watches this is a very nice detail, and granted, the gold plated ETA 2824-2 looks quite good. However, the non-limited edition gets a case back with a very nice engraving of the lunar surface, which I think is actually cooler. 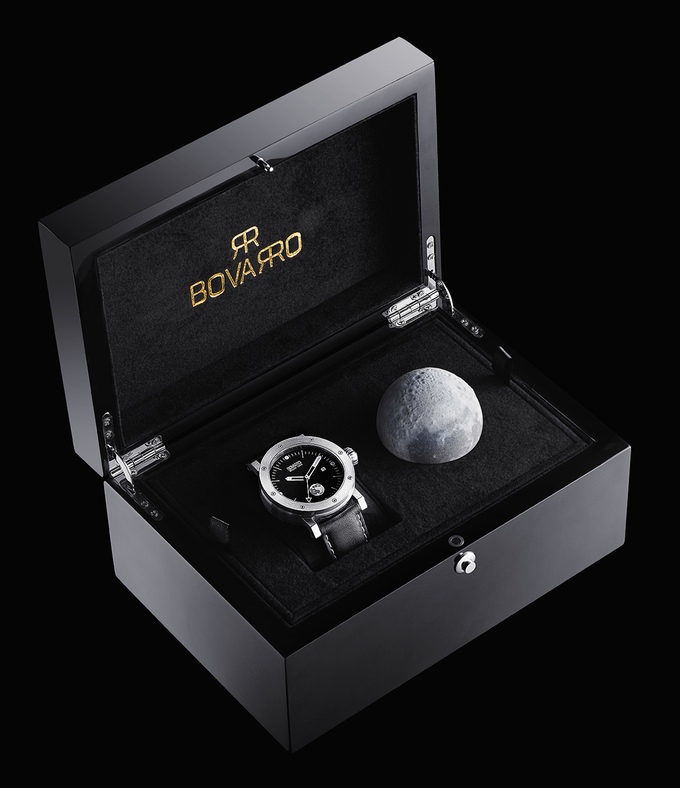 My favorite detail is, however, the crown. Oversized, screw down and fitted with deep grooves it is a delight to see. Same goes for the screw in the bezel, which are perfectly aligned. All watches come with a nice box in black piano lacquer that also contains a scale model of the moon. It’s another detail that puts this watch ahead of the crowd.

Right now getting your own Bovarro Moon 1969 will set you back US$700,- with your choice of the three models, and if you want the 42mm or 46mm case. Quite a steal when you take into consideration its unique case, the Swiss movement, and the thought through packaging. No doubt will backers feel over the moon when they receive their watches in March of next year.