Skip to content
07Dec 2016 by Martin Green No Comments

Boston & Stewill is putting the final touches on their latest model, the Tourer. Sounds familiar? Yes indeed, in 2015 they successfully funded the Tourer II on Kickstarter. Originally this model would have come out first, but the tides in micro brand world sometimes force you to make a different decision. Good call on the part of Boston & Stewill, because the Tourer II was quite a success and the new Tourer seems to have more than enough potential to live up to the same expectations. 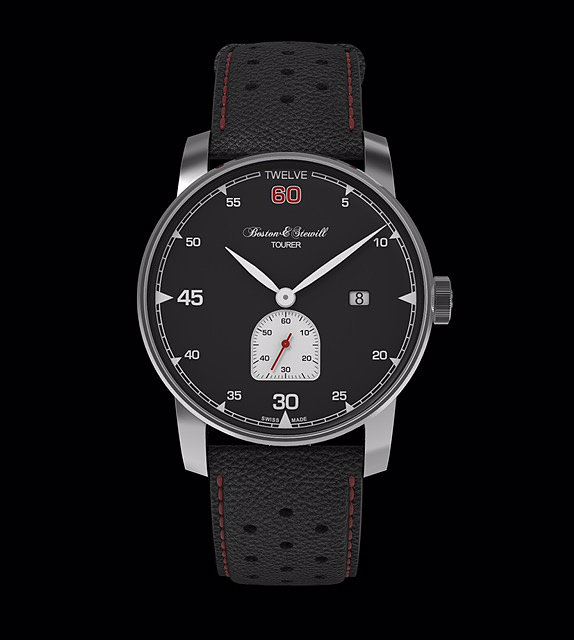 The key to that potential is the movement. Typically we find in watches at this price point Miyota and Seiko movements. Fine and reliable choices, but not Swiss. The Tourer is actually fitted with ETA’s 2895-2. A rare movement to find in a micro brand. This automatic movement features a date function and a sub-seconds at six o’clock. It gives the watch a vintage look, combined with the practical use of the date function. 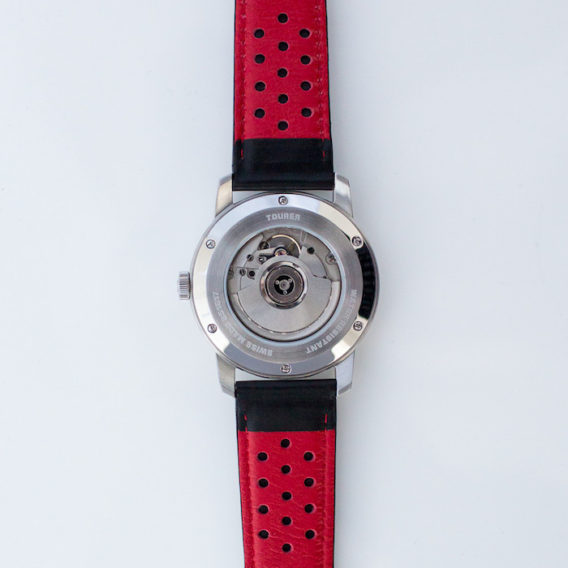 Boston & Stewill, fortunately, migrated a lot of the design features of the Tourer II in their latest watch. The dial still resembles the same style as you can find in British sports cars from a few decades ago. Because it lacks the subdials of the previous model there is more room on the dial and Boston & Stewill cleverly decided not to do too much with it. The result is a very clean design, in particular on the white dial with blued leaf hands. The black dial version has more of a sportive tone to it, keeping its subdial white for some added contrast. That subdial is by the way not round, but more shaped like the radiator of a Bugatti, which gives the watch some added character. Matching racing straps in a vintage style and fitted with a folding clasp offer the finishing touch. 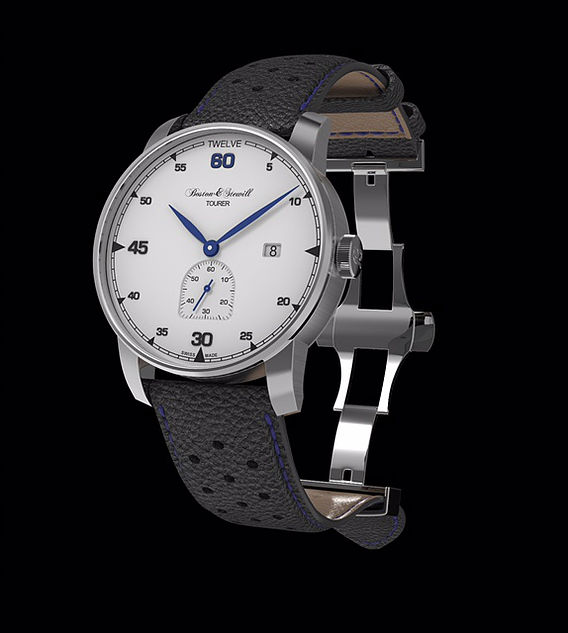 Boston & Stewill is expecting to launch this new model in January 2017, and you can already sign up to be notified when they launch on their website. That might not be such a bad idea since the watch is expected to have an original retail of US$825,- but early birds could go as low as US$412,-. And for that money you get all of they above, fitted in a stylish 42mm case and topped off with a domed sapphire crystal with anti-reflection treatment. Indeed, also this Boston & Stewill is the full package!