Raymond Weil has unveiled the biggest musical collaboration in its history with its new limited edition maestro watch that honours The Beatles.

At first sight The Maestro Beatles Limited Edition is a really classic timepiece, but when looking more closely we distinguish a multitude of little details.

Indeed, we can see that it features the 13 Beatles’ album titles written around the bespoke dial, including a reference to the Help album cover at 4 o’clock. Moreover, the dial and the caseback both feature the official Beatles logo. The watch features a mechanical, self-winding movement inside a 39.5mm stainless steel case.

Priced around 1200€ the watch released with the agreement of The Beatles record label Apple Records, features The Beatles official logo and a date window at the three o’clock. The logo is also present on the smoked sapphire crystal caseback with engraved limited edition number.

There will be only 3,000 pieces made and the watch will be presented in a really nice bespoke Beatles-themed box. 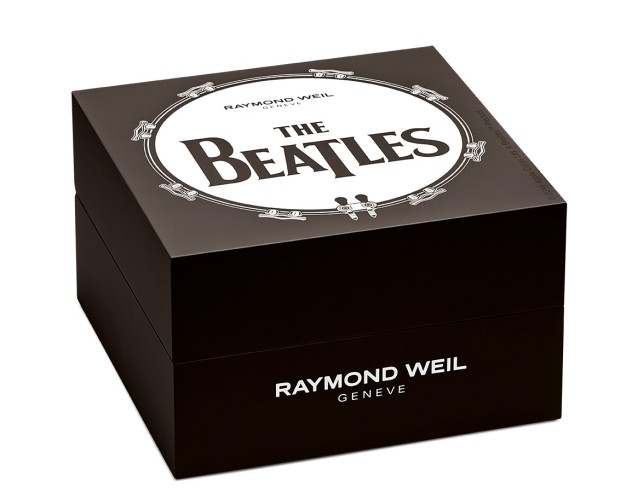 “We could not feel more proud to associate our brand name with the exceptional Beatles,” said CEO Elie Bernheim. “Raymond Weil has always been closely linked with music, our dear source of inspiration since our early days. We are overjoyed to once again honor great music legends this year and celebrate our 40th anniversary with the Fab Four!”

Did you know? The love between Raymond Weil and the music is not limited to some watch collections. Indeed, since 2008, the Geneva watch brand is an official partner of the BRIT Awards (awards delivered annually by the British Phonographic Industry). 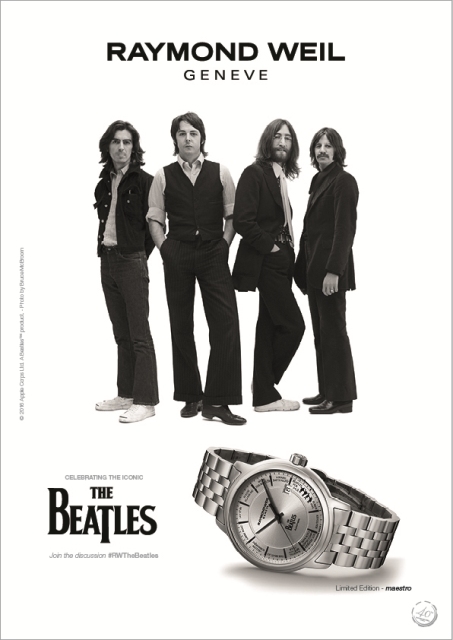